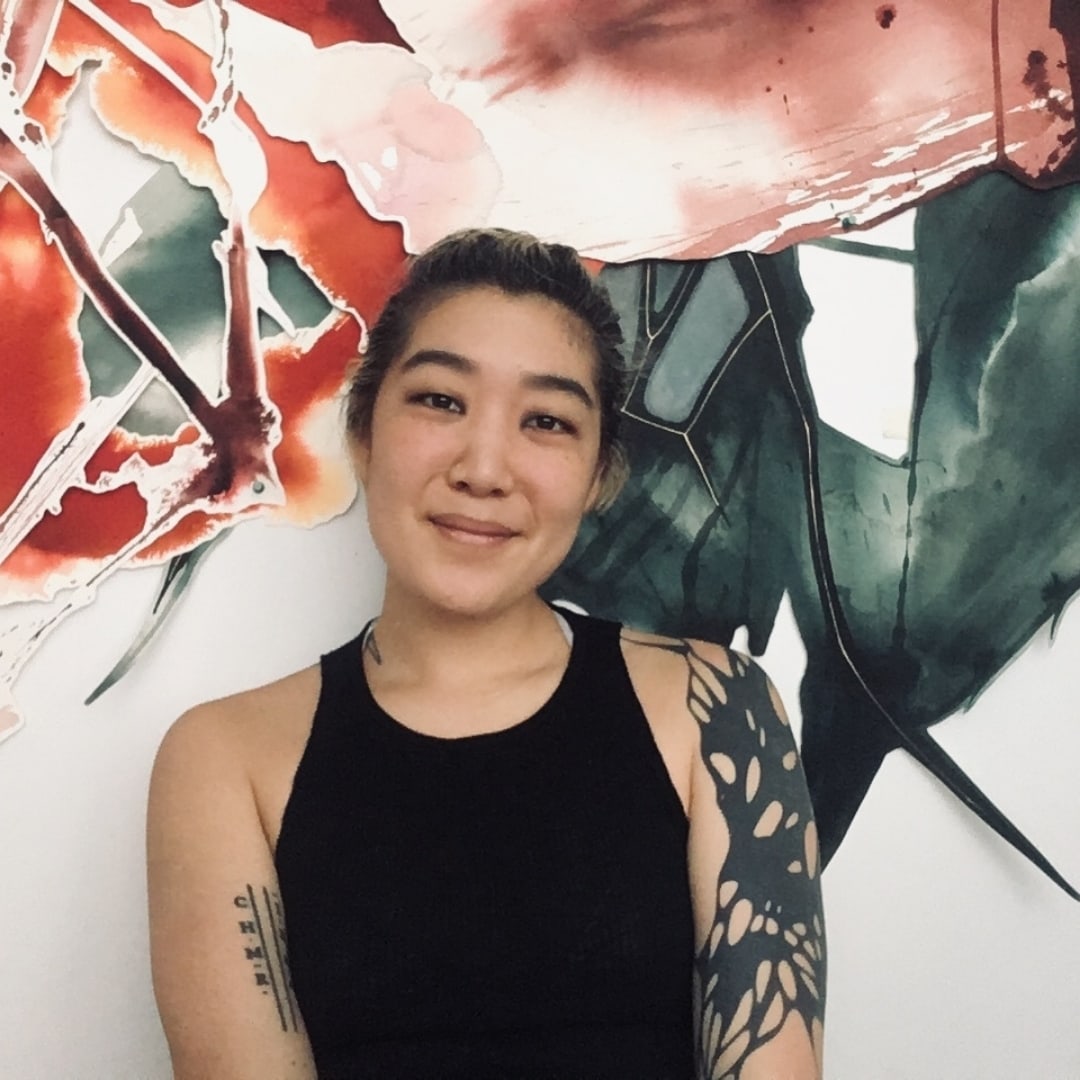 Gb is a visual artist and a scholar of aesthetic politics, critical race theory, and history & philosophy of science. She was raised in and around laboratory spaces and went on to pursue arts, receiving her BFA in Illustration from Parsons The New School (2014) and her MA in Arts Politics from NYU Tisch School of Arts (2016). Her primary practice is painting and illustration, while additionally versed in dance, sculpture, mixed media, curation, and digital design. Gb has worked as science communicator with Memorial Sloan Kettering Cancer Center, the Icahn School of Medicine at Mount Sinai and Imagine Science Film Festival and has taught the intersection of art and science at The New School. She is interested in art as a means to disrupt socio-political histories and subsequent realities of science.